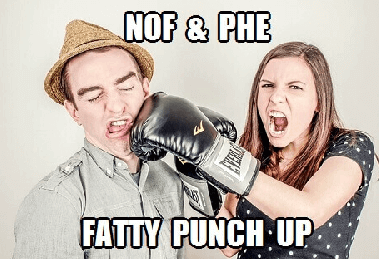 I was on-call on the previous night in what was a busy shift. Nothing new there.

What was new however was what I saw on my TV screen on the Monday morning when I got home and turned on the TV.

I turned on the TV to listen to the news (I am news-obsessed), I saw there was a war of words going on the screen about my favourite subject – Obesity. More specifically it was a news item on the topic: does fat make you fat?

Hmm, this should be interesting, I said to myself. So, I perked up my ears to see if it was a breakthrough that’s going to shrink everyone’s waistline to healthy proportions.

That would be great but of course would only work if everyone bought into the idea in the first place, right? Thought so.

Okay, what was on my TV screen wasn’t exactly ground breaking but it was a move in the right direction. A starting point if anything.

The National Obesity Forum went all gung ho along with Public Health Collaboration to say, No, eating fat does not make you fat. If anything, eating fat encourages your body to burn fat and you look trimmer and healthier.

I was expecting a lot of fireworks with this explosive subject that is so important to our overall health but what did I get?

I will illustrate what I got with the Evander Holyfield Vs Lennox Lewis heavyweight boxing fight of 1999. This much-publicised heavyweight fight was scheduled to take place on the 13th of March, 1999.

Prior to that fight, Evander boasted that the fight would only last 3 rounds. Evander Holyfield who is a sharp contrast to Muhamad Ali in terms of pre-fight antics surmised that the first 2 rounds of the fight would be his for the taking and by the 3rd round, Lennox Lewis would be reeling on the canvas, knocked out, wishing he hadn’t agreed to fight him in the first place. One fight too far. I was getting all excited. Yep, I was.

That was Evander Holyfield’s prediction. But that didn’t happen. What happened instead was that Lennox Lewis was the clear winner of the first 2 rounds scoring way more points than Evander. Evander did however go for his predicted knockout in round 3 ramping up his combination jabs. He nearly succeeded but didn’t.

The fight continued lasting all 12 rounds. In the end the fight was controversially scored a draw between the heavyweight fighters sparking comments from everywhere and anywhere. Most people believed Lennox Lewis was robbed on the decision. Yes, the fight wasn’t exactly ‘Thrilla in Manila’ between Muhamad Ali and Joe Frazier but it was enjoyable and watchable all the same.

I had the same feeling on that Monday morning when the day was over because there was no victor as so often happens with debates over public health issues. Nothing changes. Everyone goes to bed holding on to the same ideology they had the night before. 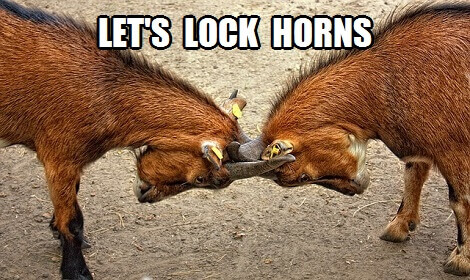 If you are not familiar about National Obesity forum, here is what they are about:

> “The National obesity forum is a charity formed in 2000, with the remit of raising awareness of obesity in the UK and promoting the ways in which it can be addressed. This includes public-facing initiatives and the training of clinicians and healthcare professionals on how to identify and address weight management issues and obesity. The National Obesity Forum campaign to raise public awareness of obesity and the ways it can be tackled through achievable and manageable lifestyle changes.”

What was the public spat about?

The National Obesity Forum issued a document to the press urging people to eat more fat to get rid of fat and reverse obesity and type 2 diabetes. As expected, the press found the document very interesting and went wild with it.

Key points in the report included:

The idea of eating more fat to reduce body fat is always intriguing as it is counter-intuitive. The notion has always been to cut fats to reduce body fat. This has been the advice given by the Department of Health in the UK and for the last 40 years or so, practically all government departments in the Western world have stuck by this advice.

Instead Public Health England told off the National Obesity Forum to stop confusing the public with advice that was not evidence-based.

As far as the National Obesity Forum was concerned Public Health England was being too timid or shall we say stubborn to change their advice even in the face of overwhelming evidence. Maybe it’s pride.

But “pride” should not be a verb that gets in the way public health because it is way too important.

The National Obesity Forum did argue that their approach to weight loss is nothing new. They refer to the fact Hippocrates, the Father of medicine actually advocated people ate “rich foods” to lose weight. Hippocrates did include the consumption of fatty meats as part of his strategy especially if these meats came from grass-fed animals.

The Forum makes reference to another historical fact that physicians of old have said in the years gone by what the forum was now espousing. They refer to Raymond Greene’s classic text “The Practice of Endocrinology” in which Raymond talked about foods to avoid when dealing with obesity and diabetes as a problem. 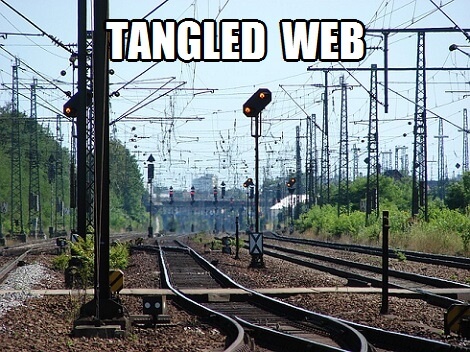 What Raymond Greene prefers you eat:

The National Obesity Forum’s recommendation were no different. The Forum mirrored Raymond’s walked-on-path. The NOF/PHC report was entitled “Eat Fat, Cut The Carbs and Avoid Snacking To Reverse Obesity and Type 2 Diabetes” by the way.

Trudi Deakin of the Public Health Collaboration picks up on the foundation of the “eat fat to lose fat” argument. Trudi insisted that eating fat will not make you fat.

So, does eating fat make you fat?

I like her analogy of how cows get fattened up by farmers to get the best bang for their effort, if you like. How do farmers achieve that? They feed the cows with lots of carbs. Essentially saying carbs make you fat, not the fat.

Members of the National Obesity Forum have been watching with disgust the way the health of the nation has been deteriorating and felt they needed to do something about it. At the very least, speak about it even if they don’t have the vested powers to make the change.

The NOF wants a major shake-up of the dietary guidelines to undo the current damage done to the health of the nation.

Prof David Haslam, Chairman of the National Obesity Forum said “The role of poor dietary advice has been ignored for too long. Specifically, the ‘low fat’ and ‘lower cholesterol’ messages have had unintended disastrous health consequences. The change in dietary advice to promote low-fat foods is perhaps the biggest mistake in modern medical history”

Professor Haslam continued as stated in the Guardian newspaper:

“As a clinician, treating patients all day every day, I quickly realised that guidelines from on high, suggesting high-carbohydrate, low-fat diets were the universal panacea, were deeply flawed.

“Current efforts have failed – the proof being that obesity levels are higher than they have ever been, and show no chance of reducing despite the best efforts of government and scientists.”

In the video below David Haslam also points out the confusion the role of fat and the role of carbohydrate in the diet. Quite rightly he talks about the fact that dietary fat has been seen as synonymous with blood fat or body fat, totally ignoring the huge role played by carbohydrate in body fat generation.

He does acknowledge that care needs to be exercised when consuming fats though. I suspect he is referring to the distinction between good fats and bad fats.

Other health professionals and nutritionists not to be left out joined in the debate. If the National Obesity Forum thought they would get support from some eminent authority figures to drive their message home, they were in for a huge disappointment.

“This report is full of ideas and opinion however it does not offer the robust and comprehensive review of evidence, said Mike Knapton, associate medical director at the British Heart Foundation. “This country’s obesity epidemic is not caused by poor dietary guidelines; it is that we are not meeting them.”

He warned that “focusing on single foods, nutrients or risk factors is short sighted and will perpetuate confusion and fear amongst the public about what they should and shouldn’t eat.”

John Wass, a special adviser on obesity at the Royal College of Physicians, also said the issue was not as simple as fat or no fat. He warned campaigners not to quote selective studies and risk “misleading the public”.

> “There is good evidence that saturated fat increases cholesterol and problems with arterial disease,” he said. “What is needed is a balanced diet, regular physical activity and a normal healthy weight.”

> “In the face of all the evidence, calling for people to eat more fat, cut out carbs and ignore calories is irresponsible. It’s a risk to the nation’s health when potentially influential voices suggest people should eat a high fat diet, especially saturated fat. Too much saturated fat in the diet increases the risk of raised cholesterol, a route to heart disease and possible death.

“It is not helpful to slag off the sensible dietary advice.

> “The harsh criticism of current dietary guidelines meted out in this report is not justified as few people adhere to these guidelines anyway. There is good evidence that those that do follow the guidelines have less weight gain and better health outcomes.”

The Royal Society for Public Health described the report a “muddled manifesto of sweeping statements, generalizations and speculation.”

So, there you have it. Any wiser? Thought so.

Changing official national guidelines will always be a tough task. An uphill struggle. For one thing, there are vested interests, both commercial and otherwise.

In the end, all you get is “eat a balanced diet, exercise regularly and you will be fine”.

Kind of makes sense, but I see this as a cop out advice designed to please everyone. Guidelines don’t change, those suggesting change are hushed up by louder voices, probably justifiably too sometimes I should add.

Now you see why I said, the whole episode was similar to the Lennox Lewis and Evander Holyfield fight. You expect so much excitement and all you get is a tawdry draw.