How The Smaller Nations In South Pacific Are Racking Up Obesity 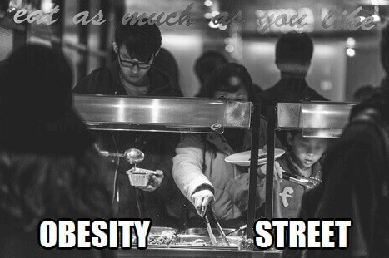 Surfing online yesterday I saw a video advertisement from howcast.com that offered the following advice:

Prior to that advice, the video clip showed a young lady surfing the web on her smart phone (most probably on Social Media), sitting comfortably on a sofa, with a fairly sizeable chunk of chocolate cake in front of her.

Every now and again, she will slice a mouthful of the chocolate cake and off she gulps it.

This is capped by the young lady moving along to the kitchen and prepares a decent healthy looking dish.

The caption that followed read:

Fast forward some more, another caption appears on screen:

For me, that video was one of the better public service messages that has been delivered to my computer screen for a long time.

Even though the video I assume was targeted at the American audience, I was able to see it over here in the UK.

I don’t know if that ad audience targeting on their part was deliberate or accidental, but what I do know is that the same message is applicable and indeed relevant to the UK resident.

And good on them for letting me and whoever else saw it outside of the US. It was a nice selfless thing to do.

I’m not sure why a company like Google with all their financial muscle and solid infrastructure doesn’t produce similar videos and propagating them using their Youtube platform. They don’t have to show paid video ads all the time.

I know they do occasionally show public messages in their display ads on content websites as fillers when ad spots aren’t taken up by companies with commercial intent and we all appreciate that.

But I believe they could do more on their video platform. Videos do have an immediate and subconscious impact that text ads would struggle to match.

We tend to remember images more than texts. A video has an audio-visual impact that stays with you for a long time especially if it is well produced.

Google can give back, by doing just that little bit more on the video side. Just a suggestion. The people who call the shots at Google don’t read my lowly blog, so they may never see my suggestion.

If you happen to somehow know anyone over there at Google headquarters, can you send them this link please to alert them.

Getting back on track… 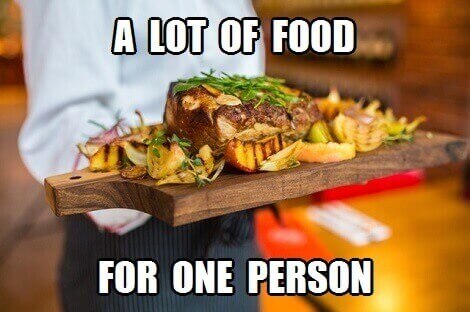 There is no doubt that subconscious overeating and over reliance on fast foods, takeaway meals are certainly contributory factors to the current obesity epidemic affecting the globe, worse in the west.

We have always thought America as the nation with the highest obesity rate but apparently not anymore.

There is a small host of countries in the South Pacific that have taken over that notoriety as reported in this Daily Mail news. These countries are America Samoa, Nauru and Cook Islands coming first, second and third.

9 out of the top 10 countries are small islands located in the middle of the South Pacific Ocean.

Yes, these countries actually do have a serious obesity ratio per capita. I remember watching a TV documentary a couple of years ago, about how obesity was becoming an issue in Tonga.

I do remember vividly the image sizes on my TV screen. I was astounded.

At the time, there was a lot of western diet infiltration into their diet but something I noticed as well was how huge their food portions had become which was not the case several decades earlier.

I remember the TV presenter asking the dad of a family of 4 why they would eat up a whole medium size pig in one sitting and all the dad did was offer a wry smile.

> Obviously, their collective appetite has gone through the roof with time.

Besides, traditionally they used to move a lot but that was no longer the case.

Practically, all families that couldn’t afford a car at the time in Tonga, now had access to a motorbike which they proudly rode around their little villages. Walking did look like it had become a taboo in a small island like that.

The men I also noticed did appear to be disinterested in any physical work of note. They were more interested in lounging around participating in leisure activities that reinforced a sedentary lifestyle.

> When I saw that TV program at the time, I suspected that there was no going back.

So, it is not surprising these small countries have leaped up on the obesity league table. I hope they aren’t proud of it because it’s not something to be proud of.

If anything, these small countries are facing a serious public health issue.

> Obesity as we know is a major health risk factor. Obesity has been proven to be associated with heart disease, stroke, cancer, hypertension, diabetes, and early death.

It’s no laughing matter for these little countries with limited resources.

A lot of theories have been expanded as reason for these epidemics in smaller communities, one of which is the one given by Oxford Researchers as reported by the daily mail:

“Traditional foods of the islands such as fresh fish, meat and local fruits and vegetables have been replaced by rice, sugar, flour, canned meats, canned fruits and vegetables, soft drinks and beer and these newly introduced foods are ‘energy-dense, nutrient poor’ products which have led to rising levels of obesity.”

Indeed, this was one of my early observations watching that TV documentary.

‘Theories have suggested that islanders are genetically predisposed to putting on weight, but we believe this does not explain why obesity has emerged so rapidly on these islands. 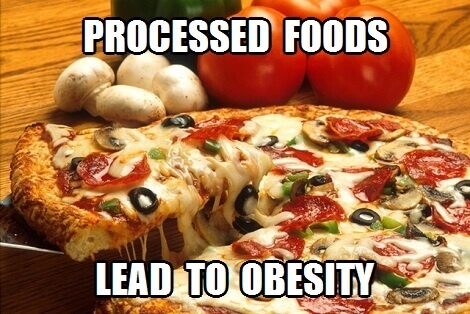 Well, I have to disagree with the esteemed Professor Stanley Ulijaszek and here is why.

These small populations have been largely considered “outreach” communities. Traditionally, they are used to the feast and famine environmental paradigm. The so-called hunter-gatherer phenomenon still applied to these communities until western influence came too close for comfort.

> These people, it would appear have been genetically programmed for feast and famine. An adaptation that makes their genetic make-up very energy efficient.

What this means is that evolutionally, their bodies have been designed to store energy quite efficiently for periods of starvation when food may not be available. Energy conservation is ingrained in their DNA.

When all of a sudden, these feast and famine cycle is broken positively with a predominance of feast at the expense of famine, metabolic dysfunction occurs leading to easy storage of fat.

> Genetic predisposition to energy storage compounded by less physical activity can only result in one thing – obesity.

This same phenomenon is replicated in smaller indigenous communities found in the US and Australia.

That is astonishing when you consider that this same population had practically an obesity rate was in the region of 3% previously in the early part of the 20th century. The obesity rate in this subset of the population has certainly contributed to the state of Arizona’s unenviable tag of the fattest state in America.

Kshatriya GK noted in this review about Native Indian American:

“Like all developing countries, large-scale developmental activities and urbanization in India have brought significant changes in the lifestyles, occupational patterns, and dietary habits of these tribal communities, once considered outreach groups. Furthermore, new “urban centers” are developing quickly near rural and tribal areas”

By the way, this same phenomenon is seen the Aborigine populations of Australia.

Their contrasting Native Indians in the Sonora mountains have largely maintained their traditional lifestyles that involve non-mechanised, labour-intensive methods of agriculture. They have had very little modernisation from the European Americans.

The result – the Sonora mountainous Indians have one of the lowest obesity rates in the world. Certainly, considerably lower than their fellow Arizonan Indians!

> There is no doubt that low level physical activity, sedentary lifestyle, nutrition that consists primarily of processed foods and overeating are all active contributors to rising obesity the world over and the South Pacific Ocean countries in particular.

Tackling the global obesity crisis is everyone’s task. I am doing my own little bit on this blog and I am just a small, small fry.

Bigger organisations with bigger influence and the infrastructural capabilities like Google can certainly have a huge role to play. They already have the platform. All it takes is a little will on their part to commit.

If by any chance event you came across this blog and read this piece…and you happen to know Larry Page and Sergey Brin, founders of Google…

…and you stop over at their Beverley Hills mansion for dinner, can you whisper my suggestion into their ears please.

That dinner might just taste a little better, knowing you’ve played a role in “changing the world”.

Suggested further reading:
5 Things You Can Do Today To Reduce Your Weight…Without Hitting The Gym