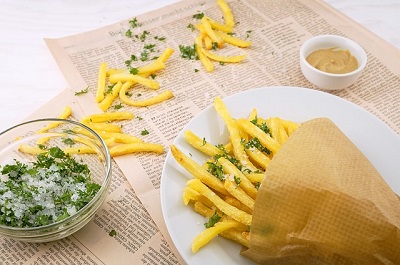 Can You Rearrange Your Eating Plan? 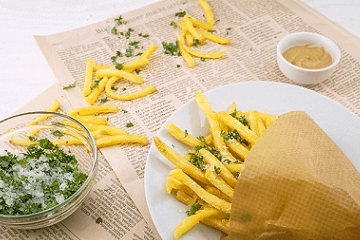 It’s a nice sunny day and I was off duty. One of the things on my to-do list for that day was vital, very vital.

I needed to pick up my repeat prescription for one consequences of insulin resistance that I suffer from.

My meds had run out and for medications that has to be taken every day, this was an “emergency” of sorts. Hopefully not for much longer though. I am working on coming off these meds.

Got to my family doctor’s office where the prescription was waiting, picked it up. I looked across the road at the pharmacy shop and I could see that the place was practically empty.

There were staff milling around but no one waiting to fulfil their prescription.

Seeing as I had lots to do. I thought to myself. Perfect, I could just go in there, get this prescription fulfilled without any time wasting. That matched my current objective of running around to achieve a lot today, I mumbled to myself.

Got inside the pharmacy shop and was about to hand in my prescription to the lady on the counter when she uttered “Sorry, we are not accepting any prescriptions at the moment”. I wondered why that was and as any reasonable person would do, I asked why.

She replied “It’s too close to our break time”. I checked my wrist watch and the time was exactly 12.30pm. Really? I thought to myself.

So naturally I turned to leave. She then said: “You can leave the prescription with us and come back later to pick it up…”

No, thanks, was my reply.

Why would I make 2 trips for this little prescription that could be fulfilled in 5 minutes or so. Nope, I won’t be making a second trip down here later in the day. Not when you have 2 competitors a couple of blocks down the road. Nope!

Went down to the next pharmacy shop and got the prescription done in no time and I’m sure the staff at the shop that fulfilled my prescription didn’t miss their lunch. Not at all.

It’s not so much the fact they are prepared to turn down business a great 30 minutes ahead of official lunch break (which says a lot about their administrative set up, by the way), but the fact that they are so strict about lunch break and its prioritisation in the grand scheme of things. 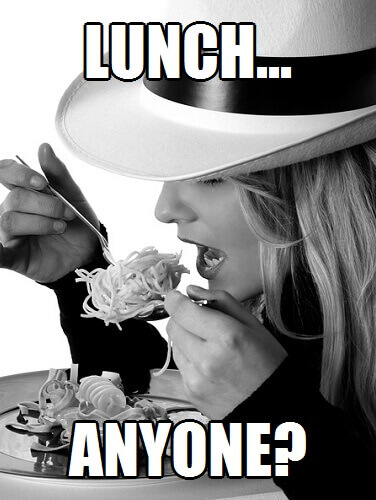 Maybe I was jealous about such strict priority. I don’t have that privilege where I work and also given my type of work. If I had a penny every time I missed lunch on account of my work, I would be sipping pino grigio on a beach somewhere in the pacific watching the waves lapping on to the shore. Perfect!

Okay, let’s be clear. I am not in any way suggesting the staff miss their lunch altogether but the set up could be structured differently such that prescriptions would be accepted up until 1pm at least.

I don’t think it’s that hard to figure out.

Now that got me thinking though. Strict about lunch…Hmm, we as human beings allow our meals to work around us rather than us working around our meals. We have become transfixed to meal times and heaven help anyone who dares to interfere with that arrangement.

So, what do you have in mind, Joe?
I tell you what I have in mind. It’s the new concept of eating that’s been making the rounds in the last couple of years called Intermittent Fasting.

It was sniffed at initially but guess what, intermittent fasting is quite rapidly gaining grounds in the nutritional world.

Why is this fat burning possible with intermittent fasting?

Here is the deal with intermittent fasting. Periods of relative starvation draw on your fat stores for energy needs.

> Glycogen stores tend to be depleted within a period of 8 – 10 hours. 12 hours at most. Glycogen is your carb storage form but you are capable of burning that glycogen within that time frame of 8 -10 hours.

When you have used up those carb stores, your body will have no choice other than to turn to next energy resource – fat stores. So, if for instance you are committed to the popular 16-hour period of fasting, it is expected that you will turn to your fat stores after the first 8 hours of your fasting 16-hour window.

Imagine burning your stored fat for the next 8 hours of the fasting window, especially if you are active during those hours. Wouldn’t that be great?

This is the reason why individuals on the 16-hour fasting regime tend to get better weight loss results. You can even take this further by prolonging the period if you can.

Obviously the longer the fasting period, the more you will dig into your fat reserves which translates to even better fat loss results.

>> Intermittent fasting will help you optimize your health as you will have less difficulty with your weight management, both in terms of weight loss and actually maintaining your body weight when you have reached your target weight.

After the fasting period you next task is to restrict your meals to an 8-hour window. You can even restrict your intake to 4 – 6 hours if you can handle it. Shorter eating window plans are harder to do. The 8-hour eating window is a lot easier to accomplish but you don’t have to jump into it straightaway if you have been used to eating 3 – 4 times a day.

How do you introduce this new eating plan into your life?

If you have always subscribed to the view that “breakfast is the most important meal of the day”, then this will be a huge paradigm shift for you, which will not come easy having had breakfast everyday of your life.

To get into the 16:8 intermittent fasting protocol (there are others by the way which I will talk about some other time), you will have to ease yourself into this rather strange routine.

> How about having an early dinner at least 3 hours before going to bed. No cheating please i.e no snacking before going to bed. Then every morning ease off on the time you have your first meal of the day by gradually delaying it probably by an hour each week until you achieve the 16-hour meal-free interval.

So, if you normally have your breakfast by 7am for instance, delay it for an hour to 8am for the next week or two and once your body has become used to that. Delay it further by another hour till 9am for another week, then 10am the week after, so on and so forth until you hit the 16-hour fasting window. Not only that by so doing you get rid of breakfast altogether.

During this period of transition, your body will be re-setting its enzymatic engine processes. Most people consume more carbohydrate than other macronutrients and your body has adapted to processing carbohydrates predominantly. To switch to fat burning there has to be some new adaptation.

Does intermittent fasting have any health benefits?

I should reiterate the point that intermittent fasting is not a diet, it is a lifestyle should you choose to adopt it. You are rearranging your eating plan by imposing some restrictions to when you eat.

And doing that will enable carbohydrate metabolism to take a back seat whilst ramping up fat metabolism, so long as there’s some consistency in what you do. Giving your body that period of keto adaptation will make it easier for you to adjust physically and emotionally too.

> Another thing that happens when you fast for long periods too is that you tackle hyperinsulinism (high insulin levels). Lowering blood insulin levels is one way of optimizing your health and will help you deal with fat stores a lot better. Catabolism is facilitated when insulin levels are low because insulin is an anabolic hormone.

Besides eating often especially with a diet that is loaded with carbs is associated with high insulin levels. High insulin levels make you hungry all the time making you snack even more and compounding your weight issues.

> Down-regulating your insulin activity level will go a long way in controlling your hunger pangs. Not only has intermittent fasting been shown to reduce insulin levels but also reduces the real hunger hormone called ghrelin. Less hunger, less urge to snack in between meals all of which restricts your calorie load for the day.

One advantage of this is that you don’t have to be thinking about food all the time. When you eat often, food is always on the agenda for you throughout the day. Restricting your eating window to 8 hours or so allows you to concentrate on other tasks rather than thinking about when you are going to have your next meal.

You only think about food during your eating window and in actual fact, you will be looking forward to your meals a lot more following long hours of deliberate food deprivation.

I will admit it won’t be easy in the beginning when you start but as I said before easing yourself into it will allow your body to fine tune the new “engine” that has just been installed.

A natural phenomenon that occurs to all of us inevitably is that we lose muscle as we get older. This process kicks off once we cross 40-year mark especially if you don’t exercise as many of us do. One of the things that promotes this sad occurrence is a gradual reduction in human growth hormone (HGH).

The downside to all of these is that the muscle loss is replaced by fat, hence the familiar sights you see everywhere around you of middle age individuals looking less than athletic, shall we say.

Your objective may simply be to get your muscular frame back. There is a difference between muscle building and muscle rejuvenation. Rejuvenation should be your target at the very least. Rejuvenation will restore the original structure of the muscle fibre by repairing it.

The process of rejuvenation will restore the strength of muscle fibre allowing it to perform its functions much more efficiently. If speed is a muscle functionality that is important to you, you won’t be disappointed when you combine Intermittent Fasting with High Intensity Interval Training (HIIT) Exercises.

> Animal studies have also demonstrated intermittent fasting to be neuro-protective and therefore preserving of cognitive function as a result, compared to uncontrolled calorie intake.

Research has shown that alternate day fasting consisting of calorie reduction to 600 calories on the day you fast (this is another type of intermittent fasting protocol by the way) promotes levels of Brain-Derived Neurotrophic Protein exponentially.

The halt in de-myelination of neurons is thought to provide that protective effect that could lead to prevention of Alzheimers and Parkinsons disease. So as far as this research is suggesting, intermittent fasting may be good for your brain too. Nice!

Suggested further reading:
What are the Pros and Cons of Eating Carbs… >>