Feeling Nauseous or Dizzy After Exercise – Fancy This Drama? 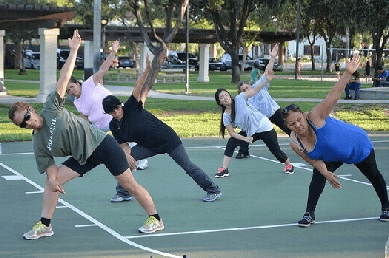 Ever experienced a feeling of nausea or dizziness after exercise? Maybe not. If you have, my drama below will resonate with you.

Everyone needs a bit of drama in their lives. Otherwise life would be boring. Some people have more than others. Mine came recently from an unlikely quarter. Exercise!

Having been unfit for a long while yet, I sought to change this and for good reason too. When your health is falling apart right in front of your very eyes because you are too busy with life, then it’s time to take a hard long look at yourself and ask the question:

And if you have your head screwed on properly, then you will listen to that inner voice that says: hey, buddy, sit up and take charge.

That was the encounter I had with myself several months ago that prompted a change in my lifestyle entirely.

Being unfit meant I had relegated exercise to the back seat and carried on with life as if fitness will take care of itself for me. Dreamer!

So, listen, I did to that inner voice and embarked on exercise regimens. Half of the exercise I do is of moderate intensity and the other half vigorous and that’s how it should be.

Both the moderate and the high tempo exercises have suited me during this journey. Indeed, I was enjoying snatching back my life from the jaws of metabolic syndrome. Still do even to this day. It’s a breath of fresh air when you do…seriously.

Anyway, so it was until I had a hiccup one evening that put a question mark into my new lease of life, totally unexpected. 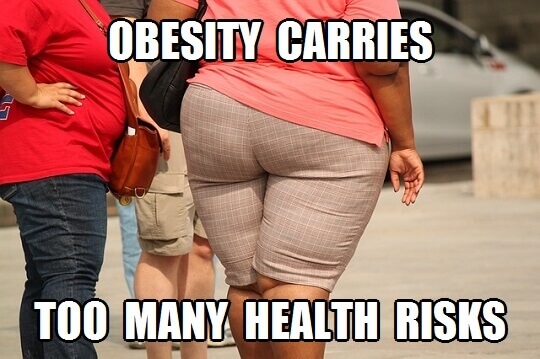 What happened to me?

I had just finished my vigorous routine. The routine being High Intensity Interval Training (HIIT) which I adore. You have to huff and puff when you complete each set. If you don’t, then that will pass as suboptimal training.

The whole point about High Intensity Interval Training is doing short bursts of exercises very quick and very hard to challenge your cardiovascular system up to the hilt and also recruiting every single muscle fibre involved in that set of physical activity you so choose.  That builds muscle endurance.

> One big advantage of High Intensity Interval Training is that it is very time efficient. You can be done in 25 minutes or less.

Enter this awesome day. I huffed and puffed. Concluded my routine. Had a glass of very cold water. Sat down with Missus after I regained my breath. We were chatting away. The next thing I knew, a weird sensation started creeping up my tummy.

I was developing a nauseous sensation and as the conversation proceeded, the feeling of nausea was becoming somewhat difficult to ignore. I was initially not going to let Missus know about it. Didn’t want to frighten her, but nope, I couldn’t keep up the pretence.

So I told her what was happening as the sensation got stronger and stronger. Then I started to feel dizzy and really lightheaded too.

The doctor in me was now thinking of the worst possible scenario. Was I having a heart attack? I had no chest pain or discomfort or even tightness. But heart attacks don’t always come in black and white as described in my medical textbooks.

> Yes, sometimes the only sign of a heart attack could just be a feeling of nausea and light-headedness. Panic was now setting in.

Missus called my 2 sons downstairs. They were upstairs doing their thing as teenagers do. The younger one figured they should ring 999. He rang straightaway.

The call was answered but I managed to waive to them not to bother. Call was discontinued. The lady who received the initial call at Emergency services call centre calls back. You know, she was not sure why the call ended abruptly. She had a duty of care to call back to establish what was going on. Nice of her!

Anyway my eldest son answers the return call and tells the lady not to worry as Dad was feeling better. I was sitting upright at the time. I didn’t think that sitting position was helping my cause at the time.

> So I slipped from the office chair I was sitting on at the time onto the floor. The idea was to equilibriate my blood pressure. Make it easier for my heart to pump blood to the upper parts of my body but not against gravity.

I never really vomited after all. The feeling of nausea quietly dissipated over the next couple of minutes. Got total relief after about 25 minutes or so.

Ironically just before my ordeal started, Missus was telling me this story of how the son of a prominent journalist died suddenly following jogging episode. Now she’s convinced High Intensity Interval Training is not something for her with this drama.

She never really warmed up (pun not intended) to the intensity anyway, so no surprise there. Missus is unlikely going to be convert. Not in the near future anyway.

Well I think she’s missing out big time. These things happen but that’s no reason for us to sit on our bums and embrace metabolic problems here, there and yonder.

So what’s just happened to me?

It’s a phenomenon of post exercise nausea or exercise-induced nausea or sickness if you will. Turns out it’s not that uncommon when I dug deeper into it.

> The main difficulty is trying to distinguish between a cardiac event and just plain feeling of nausea following vigorous exercise.

Feeling sick after exercise oe workout is very common especially after any High Intensity Interval Training routines inclusive of circuit training. Studies have shown that Circuit Training is the quickest route to cardiovascular fitness and muscular endurance. Participants also reach their weight loss goals quicker and sustainably than diet and other plain exercises.

…but this may come at a cost. Hopefully not by paying the ultimate price.

One of them being what I experienced. Feeling nauseous after vigorous exercise or workout is quite unpleasant. I hated and dreaded those 25 minutes or so that I sort of succumbed to my after exercise nausea.

Whilst I figured this wasn’t a non-classical heart attack, there’s always that nagging feeling at the back of my mind. Is my heart is not coping very well with the vigorous nature of the High Intensity Interval Training?

The main reason I felt the origin of the problem wasn’t from the heart was because I had undertaken exercise tolerance test in the past and came out in flying colours but the last time I did one was a good ten years ago. On this account the nagging feeling of self-doubt persisted.

When I have a background nagging feeling I dig deeper into it and do something to put away any doubts no matter how small. I will tell you what I did next…

But before then, I did say exercise-induced nausea is a recognised entity. This study revealed nausea can occur in both low intensity and high intensity exercises.

> However, the incidence of feeling nauseous after exercise is more likely after high intensity exercises and eating too close to exercise.

The study also established it made no difference whether you were a man or woman or being physically fit or otherwise. 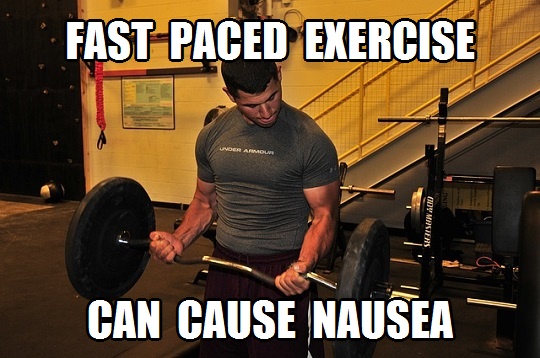 So why do you feel nauseous (sick) after exercise?

As I said before it’s a good idea to exclude a cardiac event. We want to be sure we are dealing with a benign event rather than something more serious.

The benign explanation for nausea following exercise is this. Vigorous exercise diverts blood from organs not essential for exercise performance. Your bowels are not essential, so blood supply to your gut is reduced significantly in preference to the muscles, heart, lungs and brain.

That relative short-circuiting of blood flow to the bowels leads to a malfunction. The bowel malfunction manifests as either a feeling of nausea or being actually sick with or without an urge to move your bowels the other end too.

So it’s not surprising that the closer you eat or drink before you embark on your exercise routine, the higher the likelihood of having this unpleasant event. There are stories of individuals who actually move their bowels the other end (sorry about that) quite consistently after any vigorous physical activity.

If you feel lightheaded or dizzy, this could be related directly to the changes taking place in your bowel blood flow or as in my case blood pressure changes. What we describe as postural hypotension – the sudden drop in blood pressure when you change your posture usually from lying to standing up.

In my case, I was squatting initially and changed position to a higher chair. My body didn’t like it because my body was still recovering from the pummelling it had just received from the high intensity workout.

The heat generated by all of that skeletal activity will have to be dissipated from the body somehow. What’s the quickest way to do that? Sweating, of course. Your body needs to thermoregulate during exercise to lose all of that heat. Your sweat pores open up and you pour out sweat.

Body fluid loss from the sweating doesn’t help matters in terms of blood pressure changes but the main effect on blood pressure drop relates to slowing down of sympathetic activity after the workout.

Another explanation is that if your blood sugar was not optimal prior to commencing the exercise, you might suffer some degree of low blood glucose. Hypoglycaemia (low blood glucose) can manifest itself as lightheadedness, dizziness and even nausea. Low blood sugar has no effect on the blood pressure though. It acts independently in that situation.

Wierdly, overhydration can cause exercise sickness too. Drinking too much water just before, during and after a high intensity workout can make you feel nauseous or be actually sick after your serious exercise routine.

The explanation for this is the same as before. Blood being differentially drained away from the bowel whist at the same time asking your bowel to do some work. Probably unfair on your poor bowel and it will rebel. Can’t blame it, can you?

In summary, after excluding a cardiac (heart) event or a lung malfunction, the other benign reasons why you may experience nausea after exercise or dizzinness after exercise include the following:

That list is by no means exhaustive but common things are common.

The contents of the site are for informational, educational and entertainment purposes only. The content is not intended to be a substitute for professional medical advice, diagnosis, or treatment. Always seek the advice of your physician or other qualified health provider with any questions you may have regarding a medical condition. Never disregard professional medical advice or delay in seeking it because of something you have read on this website!
We use cookies to ensure we give you the best possible experience on our website.I ACCEPTFIND OUT MORE