Is Himalayan Salt Good for High Blood Pressure and Your Overall Health?

Is himalayan salt good for blood pressure? That’s a question I get asked often. Mainly because I do a lot of videos on high blood pressure on my You Tube channel.

That may be true for a lot of products that come from afar. We thank the internet for the globalization that we exeperience today. It’s given us the opportunity to share in the spoils of other regions which hitherto would have been totally unavailable to us.

Making the world one big global village is good for our physical and mental health. 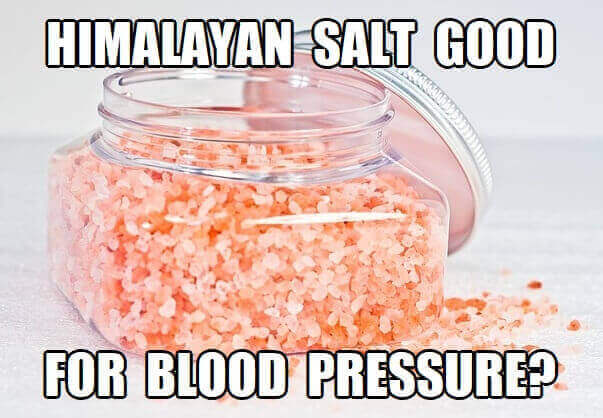 The short answer to the question of himalayan salt being good for high blood pressure is; No, it isn’t.

If there was ever a product that literally represents the saying that “all that glitters isn’t gold“, himalayan salt represents that.

Yes, himalayan salt looks pretty because of its distinctive pink hue and it’s easy on the eye. But that’s where the beauty and it’s usefulness to health end.

The beautiful pinkish hue of the himalayan salt is due to the fact that this brand of salt is unprocessed, therefore it retains some traces of iron within it. The presence of the iron and some other minerals is the reason the himalayan salt has become the latest “miracle cure” for all from the East.

No, himalayan salt isn’t a magic cure for all your ailments.

Himalayan salt or Pink salt as it’s also known; is not healthier than any other salt out there.

Indeed, himalayan salt is not good for high blood pressure. If you’re one of those who got caught out with the health benefit claims of himalayan salt being good for hypertension, then it’s time for a thought make-over.

Don’t buy the hype. Terms like organic, natural, unprocessed and healthy salt have all been used to describe the himalayan salt. They all imply a loftier status of this rock salt compared to the regular table salt. Again, don’t buy the hype.

Answer: No, himalayan salt is not better than regualr normal table salt.

You may argue that himalayan salt is unrefined unlike regular table salt but in the end, the nutritional profile is almost the same. Yes, refined salt is processed which means all the impurities are removed leaving a white crytalline fine powder for us to use as table salt.

But here is the deal.

Himalayan salt retailers may claim superiority because it contains some minerals which regular table salt does not boast of. That’s true.

But the devil is in the detail. When you look closely you’ll realise that ‘all salt is salt’. Period.
Meaning all salt contain Sodium Chloride (NaCl). It is the amount of the sodium chloride in each salt that may vary.

But guess what? They don’t vary that much.

What’s the himalayan salt hype all about?

But did you know that himalayan salt is actually 98% Sodium Chloride?

Another 0.6% of himalayan salt is calcium and 0.7% being water. That leaves only 0.7% of its nutritional profile being made of the potassium, iron and magnesium. That’s the “mineral idea” the makers of himalayan salt want you to buy into literally; as having superior health benefits over regular white table salt.

Yes, the himalayan salt promoters will tell you your white table salt is bleached and has all the nutrients stripped away unlike himalayan salt, but ask them how much minerals are we talking about?

The so-called minerals you’ll get from himalayan rock salt are so small that we will consider them as negligible. In fact, with a healthy diet which hopefully is what you needed the salt for in the first place, you won’t be lacking those minerals.

This reminds me of what’s going on the keto community. The keto folks believe so much in Redmond Real Salt (which is basically Sea Salt) as being superior to table salt. So much so that they now carry pocket-sized redmond real salt wherever they go. Ridiculous!

The Redmond Real Salt has the same nutritional profile as the himalayan salt and as expected is marketed to the ketogenic community similarly. And these keto folk have bought into it. Big time.

As for taste, well if you made salt water with himalayan salt and regular table salt, I guarantee you, you won’t notice any difference in taste when you drink both. It’s the same Salt water regardless of the salt in it.

All rock salt whether it’s Sea salt, Himalayan salt, Redmond salt have roughly the same amount of Sodium Chloride and this has been tested in various labs, by the way. Don’t be fooled by the marketing hype and their expensive price tags. 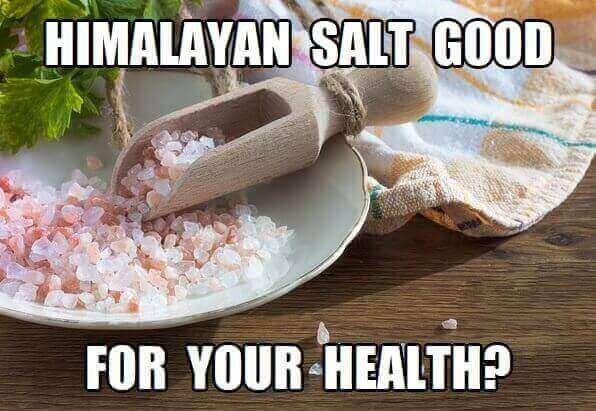 Himalayan salt may contain the tiniest amount of natural iodine mineral and I mean tiny. So tiny that it’s best ignored. It’s best to say, himalayan salt is not iodized.

If you want to use iodized salt for your cooking to furnish your thyroid gland with supplemental iodine, you are better off buying a manufactured iodized table salt. Don’t rely on the himalayan salt as your source of supplemental iodine.

Is Himalayan salt good for you?

Next question is whether himalayan salt is good for you or not.

Answer: Yes and No.

Himalayan is good for you in so far as any salt is good for you. You need to be careful how much salt you consume daily especially if you have high blood pressure. Recommended daily salt intake is 1500 mg.

Please do not consume lots of himalayan salt in the hope that you are improving your health doing so. You’re not. Use salt to taste whether in a drink or in food.

And No, himalayan salt is not good for your health any more than table salt is.

All the health benefit claims that organic himalayan salt is good for your blood pressure, makes you sleep better, good for your thyroid, relieves headache, improves adrenal function, good for weight management, makes your circulation better etc are all unsupported claims as far as the science goes.

Don’t get sucked in by retailers and their unsubstantiated himalayan salt goodness claims. Your regular table salt is as good as the himalayan salt or redmond real salt and much less expensive.