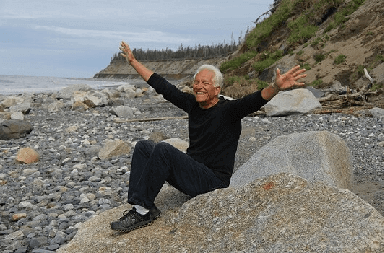 When it comes to human longevity, it seems as though Google may just have unwittingly made a pointless investment. Sometime in the first quarter of 2013, Google revealed a new subsidiary, Calico. Calico is essentially a human longevity research and development company.

This Google subsidiary was charged with a responsibility of conducting human longevity research that will enable us live until the very ripe old age of 500. Dream? Maybe. At least that’s what current research seems to be telling us.

Google Ventures President, Bill Maris said at the time that living for 500 years was going to be possible because of medical breakthroughs and advancement in biomechanics. After all, research made a breakthrough that restores hearing to the hearing-impaired using cochlear implants that stimulate the cochlear nerve.

Living in a world where deafness will become a thing of the past when this device becomes widely available to everyone who is hard of hearing will be something to celebrate.

So it was no surprise when Bill Maris figured human longevity research will create the potential for humans to live for as long as possible. Certainly 500 years of age was not unrealistic by Bill’s reckoning.

Were you therefore paying attention to Bill and craved to live as long as or even longer than the Japanese Okinawans?

Well, a new human longevity research may come as a surprise to you and Bill Maris. A lot of people crave to live not just longer but healthily too whilst at it.

But this recent research suggests the ceiling for longevity may have been reached and unlikely to be breached even in the coming decades.

Up until this recent human longevity research revelation, an experiment that involved genetic manipulation in worms prolonged the lifespan of these worms by five-fold successfully and this was reproducible.

Dr Pankaj Kapahi of the Buck Institute for Research On Ageing who did the genetic re-coding told the Daily mail “It’s quite probable that interactions between genes are critical in those fortunate enough to live very long, healthy lives. Future research is expected to use mice to see if the same effects occur in mammals.

The idea would be to use mice genetically engineered to have suppressed insulin signalling and then treat them with the drug rapamycin, which is well-known to suppress the TOR pathway”

It made sense that this approach was going to be extrapolated to humans. Some of us were bracing ourselves for it. Now we feel deflated that this may not be possible any longer. 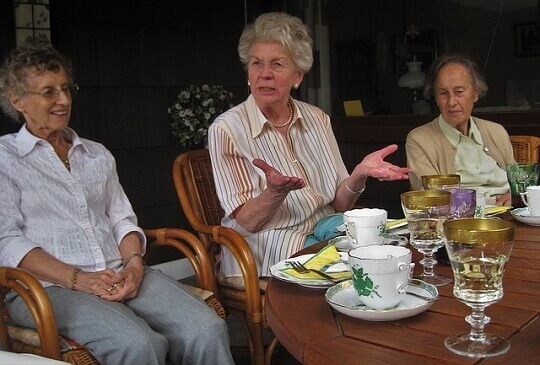 So, how long can we live for?

There’s the idea of ‘how long we can live for’ that we dream about at least in theory. This dream idea is encouraged and motivated by science. But there’s also the idea of what is actually realistic. On this account, researchers have been dissecting huge amounts of data for some time now.

The backdrop of this recent human longevity research was to establish what was realistic rather than a prediction based on hope.

The conclusion is that humans are unlikely to breach an ageing ceiling of 122 years which is the world record currently held by Jeanne Calment who hailed from France. Jeanne Calment died in 1997.

Indeed, at a push, maybe we will extend our lifespan to 125 years but beyond that it will be impossible regardless of what Google’s Calico R & D may suggest.

People will continue to live long. Just like the Okinawans of Japan who have more centenarians per capita than any other group of individuals. However, it is unlikely that modern technology will make humans from any nation exceed those lofty existential heights set by Jeanne.

The people of Okinawa in southern Japan are known for their longevity thanks to their specific diet rich in anti-oxidants and low calorific constitution. Research does indicate that nutrition is the main force behind what prolongs life as it does to the Okinawans and the Mediterraneans.

On the average, the researchers did note that average life expectancy did increase immensely in a linear fashion in the 20th century having analysed enormous Human Mortality statistics from over 40 countries.

For the oldest old people, we are still not very good at reducing their mortality rates. What’s more, in 88% of the countries, the ages showing the greatest rate of improvement have not changed since 1980.”

Other factors contributing to what prolongs life include:

An example is awareness about how and why type 2 diabetes gets initiated. Possession of this knowledge encourages a healthier lifestyle which directly has a positive impact on cardiovascular risk factors. This in turn reduces incidence of heart disease, the number 1 killer disease in most countries.

Author of the research, Jan Vijg, Head of Genetics at the Albert Einstein College of Medicine in New York City concluded that maximum life expectancy barrier set by Jeanne cannot be broken in future even though overall life expectancy will be enhanced by medical science and technology. This is in contrast to what some demographers and biologists will have us believe.

Vijg was quoted as saying “While it’s conceivable that therapeutic breakthroughs might extend human longevity beyond the limits we’ve calculated, such advances would need to overwhelm the many genetic variants that appear to collectively determine the human life span”

See my article on how Japanese Okinawans attain their enviable longevity here.

The question does arise though. Why on earth do you want to live forever anyway?
Living forever is not sustainable for the planet. There’s a reason why life terminates naturally at a certain point.

For a start, the world population will explode beyond what the working younger age group can support skewing resources in favour of the old and infirm. I’m not sure that’s what we want.

A more pragmatic approach would be to live as long as possible, maybe about as long as Jeanne Calment. So long as the burden on the generations coming through is not overbearing. I don’t know about you but for me, I will be more than satisfied with that.