How Does Lack of Exercise Cause Type 2 Diabetes? 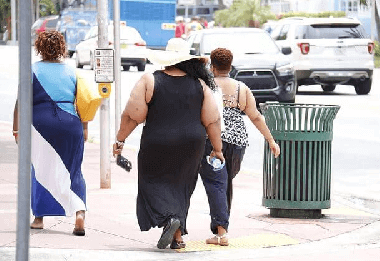 Prior to explaining how lack of physical activity leads to type 2 diabetes, I’d like to explore the following sub-topics first. But you can jump to that specific sub-topic using the links below if you are in a hurry.

The difference between physical acitivty and exercise.
What happens to your body during exercise and how the interplay of hormones facilitate the process of exercise and energy distribution.
The scientific evidence of how lack of exercise causes type 2 diabetes before finally dealing with the how.

So, bear with me because prior knowledge of these basics will enable you to understand the exercise and type 2 diabetes relationship a lot more. It will encourage you to take your exercise regime a lot more seriously. Especially so, if you have concerns regarding type 2 diabetes.

But before that, let us chew on some stats first, shall we. In 2010 the proportion of diabetics in the US grew by 1.9 million in the age group 20 years and over.

In the same age group 35% of US adults were diagnosed with pre-diabetes of which 50% of them were over the age of 65. These diagnoses were made using fasting blood glucose or HbA1c test.

What do these statistics tell us?

They tell us that pre-diabetes is very prevalent in the US population, with lots of it still unrecognized. The estimation from the CDC is that at least 79 million US adults are living with prediabetes.

Now as you know pre-diabetes precedes type 2 diabetes and taking simple steps like engaging in exercises or some regular physical activity can halt progression to full-blown type 2 diabetes which has been shown to be the 7th leading cause of mortality in the US.

But how does the lack of exercise lead to type 2 diabetes? 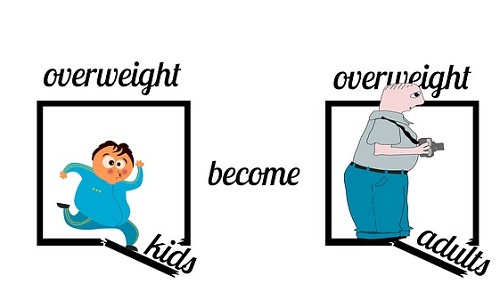 Is there a difference between exercise and physical activity? Turns out, there is.

A physical activity is said to have happened if there is movement of any part of our body that triggers contraction of a skeletal muscle. Not only that, that muscular contraction should result in use of energy more than the energy you would otherwise have used if you were sitting or lying idle. Yep, idling doesn’t yield any dividends, folks.

Exercise on the other hand is the process of undertaking repetitive physical activity as described above, that is structured and planned to:

Your exercise structure may target more than one objective. Indeed, most exercise regimes have practically all of those objectives in mind.

As far as cardiac and respiratory fitness are concerned, you want to condition your heart and lungs to be able to supply your entire body (especially muscles recruited during exercise) with enough oxygen.

Okay, now that we have distinguished between exercise and physical activity, let’s talk about what happens during exercise.

Because that’s how to figure out how lack of exercise or lack of physical activity can lead to diabetes. It makes sense to understand the different processes going on in your body when you engage in moderate to vigorous physical activity.

What happens to your body during exercise?

Call in the endocrine system that is responsible fight or flight. It’s called the adrenergic system. This adrenergic system gets very smart. It knows the muscles you have recruited for the exercise will need more energy otherwise the muscles will tire out very quickly.

To achieve this objective, the adrenergic system will stimulate your heart muscle to pump harder and faster. This increase in pumping action of the heart leads to a redistribution of blood to the working muscles.

More blood to the group of muscles being exercised means delivery of more fuel because a working muscle needs fuel, plenty of it at that. What’s the fuel being delivered? Oxygen, glucose and non-esterified fatty acids.

Muscle in its own right has glucose stores inside it called glycogen. As the muscle contracts rhythmically during exercise, it will initially use up the glycogen stored inside it as its primary source of fuel.

However, as the duration of exercise continues and with enhanced delivery of blood from circulation, there is a shift in energy source from the stored glycogen to glucose and non-esterified fatty acids from the blood circulation. This is because the internally stored glycogen called up initially depletes very quickly, so a back-up is needed.

If exercise intensity is sustained as well as the duration, there is an exponential shift to use more carbohydrate for muscle energy production.

To facilitate the provision of more glucose for energy utilization, blood insulin levels drop whilst that of other hormones like glucagon, cortisol and of course adrenaline increase.

This change in hormonal dynamic is very important. If this dynamic fails, blood glucose levels will drop dramatically leading to hypoglycaemia which is dangerous. Glucagon hormone in its drive to increase blood glucose level also promotes the metabolism of proteins as well as the breakdown of fat.

The seesaw action of glucagon hormone release and reduction of insulin is necessary for the maintenance of blood glucose levels. Insulin and glucagon have diametrically opposing effects on the body. If insulin is predominating, glucagon has to chill and vice versa, otherwise there would be a metabolic chaos!

Why…because the initial insulin kick mops up glucose from circulation into muscle cells which is a welcome development in the beginning of the exercise process. Blood glucose level is lowered as a result.

However, we do not want this situation to persist for long as very low blood glucose will tire out the muscles in use very quickly.

So glucagon comes in to rescue the situation to mobilize new glucose production from the liver as the exercising muscles are still demanding more glucose to use as fuel.

This step is very vital otherwise our exercise endurance will suffer. If there is shortage of glucose supply to the exercising muscle, the muscle will fatigue out very quickly. The idea is to optimize blood glucose level to within normal range.

In addition, fat breakdown is encouraged to release more fatty acids for energy use and like I said before with a small contribution from protein breakdown, the longer the exercise continues.

Another factor involved in this exercise activity is a protein called GLUT4 (weird name, isn’t it?).

GLUT4 is responsible for the transportation of glucose from the blood circulation into the inside of the cells. The process GLUT4 activation is triggered by the hormone, insulin, as well as muscle contraction and muscle stretching. 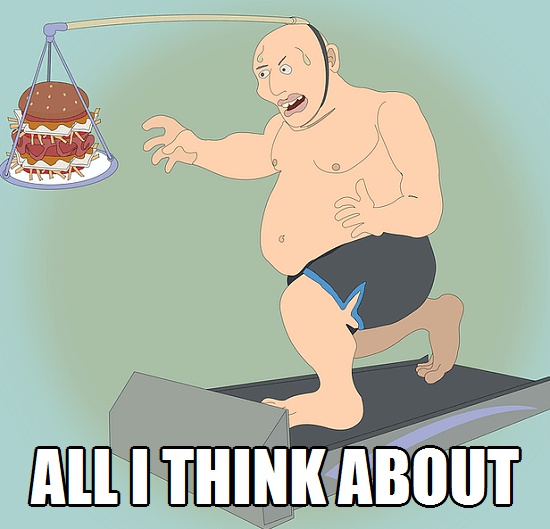 As you probably know studies that would prove conclusively that lack of exercise definitely causes prediabetes or type 2 diabetes will be difficult to formulate for ethical reasons. Effect can be proven but a definite cause would be unethical in research terms.

However, one study that supports lack of exercise causing type 2 diabetes comes from Leicester, England. This study looked at the association between sedentary time and physical activity with markers for cardio-metabolic health as outcome measures for the study.

The study found that the more sedentary time participants had, the worse their cardio-metabolic markers in the form of:

…even after adjusting for obesity. By the way, these are markers for insulin resistance which ultimately leads to type 2 diabetes.

They also found that breaks in sedentary time played an even more important role in body weight management than just the total sedentary time.

The authors concluded that it is just as important to recommend to individuals to sit less and move more rather than focusing on intensity only.

So how exactly does lack of exercise cause type 2 diabetes?

Okay, you have seen from that research study that sedentary lifestyle is bad for your metabolic health. The main reason being that just sitting for prolonged periods of time leads to insulin resistance with type 2 diabetes being the end point.

When you exercise as you saw from earlier on this page, you reduce your blood insulin levels. High insulin level is bad news for your metabolic health as high insulin levels has a strong association with insulin resistance. Exercise makes your muscles more insulin sensitive.

Exercise always leads to your body burning more fuel. The main fuel needed for that burst of physical activity is glucose with a little help from fatty acids and protein through its breakdown units – amino acids.

The more you exercise, the more glucose you burn. Physical activity clears glucose from your blood circulation.

The harder and longer the exercise, the more glucose you call upon to burn as fuel which ultimately leads to lower blood glucose profile – a much healthier scenario than persistent high blood glucose levels for prolonged periods that translates directly to diabetes.

Exercise especially if it is resistance training leads to the development of new muscles and growth of your current muscle fibres. Bigger muscles means more glucose is sucked away from circulation normalizing your glucose levels.

Studies have shown that both aerobic and resistance training increase the availability of GLUT4 protein. This protein has the unique role of transporting glucose from outside the cell i.e your blood circulation to the inside of the cell where the glucose is desperately needed. More GLUT4 getting triggered makes your muscle cells very sensitive to absorb glucose around it rather than resist it.

When you exercise, the fall in insulin levels and consequent rise in glucagon hormone (remember insulin and glucagon don’t like each other – if one rises, the other has to drop to make way) encourages fat breakdown for energy use.

Why, because insulin is a fat storage hormone whilst glucagon discourages that. Less insulin equates to less fat storage.

In summary, exercise or regular physical activity does the following to prevent type 2 diabetes:

An increase in fat breakdown from exercise means you reduce your chances of becoming obese. Obesity is a significant risk factor for type 2 diabetes.

The bottom line is this:

When you exercise or perform a set of physical activity regularly, you make your body tissues more insulin sensitive. If you don’t, you get the opposite – insulin resistance.

With lack of exercise or lack of regular physical activity, you develop obesity and insulin resistance both of which dovetail into type 2 diabetes with the passage of time.

So there you have it, folks. To prevent diabetes, you need to sit less, and exercise just that liitle bit more at the very least. Your metabolic health will thank you for it.

Other resources – Agency for healthcare Research and Quality and Diabetes Educators

Men ==> Here are 3 Exercises That May Hurt Your Dream Body