Are You Immune From Low Blood Sugar If You Are Non-Diabetic?

I have written about it previously on this blog, but queries subsist. It does look like some of my readers would prefer a nuanced commentary on low blood sugar in non diabetics.

Hence, I have had to oblige. After all, I am here to serve your interests. Whatever you want me to write about, I shall see it as an assignment to be fulfilled. My homework, if you like. 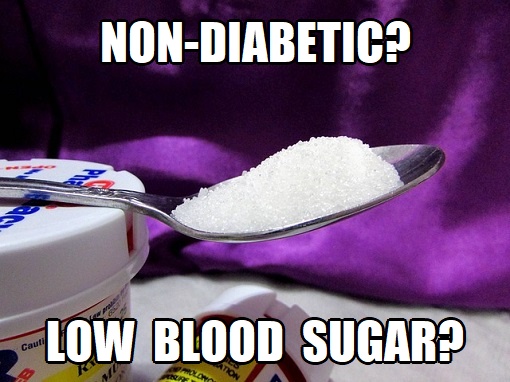 I was watching Bear Grylls Mission Survive program some time ago on my Television. You know how Bear Grylls puts his survivalists through their paces. Testing their endurance, physical fitness and indeed emotional fitness to their limit.

Sometimes I’m watching that and I say to myself; I don’t think I can do those tasks that Bear Grylls sets the participants. For a start, I don’t do heights. How’s that for a start, huh. Fat chance.

Anyway, on this particular episode which was a celebrity Mission Survive, one of the contestants started behaving somewhat erratically at 3 o’clock in the morning. I shall withhold his name here for a variety of reasons, not least, privacy.

This male celebrity became confused, mumbling unintelligible words, delirious and had a mild seizure. It was clear he was having symptoms of low blood sugar.

The combination of the stress of the tasks, poor sleep in the jungle and lack of decent food had edged this celebrity gentleman into the domain of low blood sugar, even though he was not a diabetic. That was a live example of a non-diabetic individual dropping his blood sugar levels given the “right” circumstances.

Watch the video below and you will see what I am talking about around minute 23. Before then see how these celebrities struggle to catch fish from very shallow waters.

For the most part, most non-diabetics will not experience any significant episode of low blood sugar unless all the ducks are lined up in a row.

The reason being that the natural mechanisms that fight you from developing low blood sugar kick in and would stop the hypoglycemic event in its tracks.

There are 2 main hormonal defence that normally would come into play. These are protective. They stop non-diabetics from sliding into hypoglycaemia. That is why it is not common for these low blood sugar events to occur.

What am I talking about?

I am talking about 3 hormones namely:

If for any reason your blood glucose is dropping, that’s a trigger for glucagon hormone release. And in return, insulin secretion is inhibited at the same time. Because glucagon and insulin “can’t be seen in the same room”. They detest each other. Weirdly, both insulin and glucagon are secreted by the same organ – the pancreas.

Glucagon causes release of stored glucose in particular from the liver to raise blood sugar levels.
And at the same time, plummeting blood sugar levels is a stressful event for the body and your body will recognise that.

And for that glucose to be made available for your muscles, your glucose stores will have to be raided. Adrenaline makes sure that happens. All of these is automatic and pretty rapid.

Cortisol is another stress hormone. Cortisol also helps your body fight low blood glucose by helping to breakdown glycogen – the glucose storage form. The blood glucose elevating effects of cortisol is however slow compared to the effect of adrenaline or glucagon.

The combination of these protective mechanisms is the reason low blood sugar in people without diabetes is an uncommon medical event.

What is considered low blood sugar in non-diabetics?

Low blood sugar does not distinguish between a diabetic and non-diabetic. It affects everyone the same way. Low blood sugar is low blood sugar whether you are the President or the little unknown farmer in a 3rd world country.

I should state though that some non-diabetics may not have the typical symptoms of low blood glucose at this level. Some will only begin to experience symptoms at around 54 mg/dl (3.0 mmol/l).

Certainly, a critical level (I repeat, critical) to be considered low blood sugar in non-diabetics will be 45 mg/dl (2.5 mmol/l). 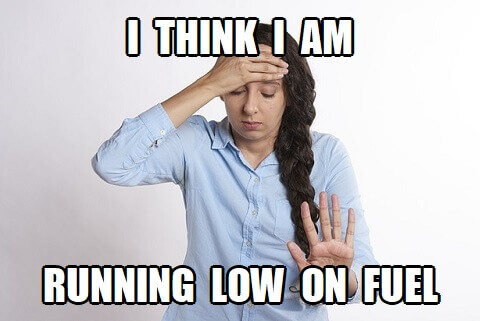 The causes of low blood sugar in non-diabetics are best framed in 2 main boxes – Reactive and Non-Reactive (Fasting).

Reactive low blood sugar is a phenomenon that is tied to a meal. It is low blood glucose that occurs soon after an eating episode. And there is a time frame involved too. Reactive hypoglycemia (low blood sugar) occurs usually within 4 hours of eating a meal.

The usual culprit is a refined carbohydrate meal. The background is the food causes an insulin spike and I mean a good spike of insulin. You could call it an insulin hyper-response.

Insulin drives glucose from the blood circulation into the individual body cells where the glucose is needed. Because the level of insulin is so high, so will the glucose clearance be. The net result is that blood sugar will crash like a coconut falling off a tree.

That’s not normal. Hence, if someone is experiencing reactive hypoglycemia or reactive low blow blood sugar, it should set alarm bells ringing.

Why, because reactive low blood sugar can caused by:

If you are having symptoms suggestive of reactive hypoglycemia, then you really need to be investigated. This is because most people who have reactive low blood sugar are insulin resistant and are Type 2 diabetics waiting to be diagnosed.

Non-reactive hypoglycemia (non-reactive low blood sugar) should raise a suspicion of a couple of medical conditions like:

Identifying the cause of low blood sugar will require investigations directed at the suspected cause and treating it accordingly. 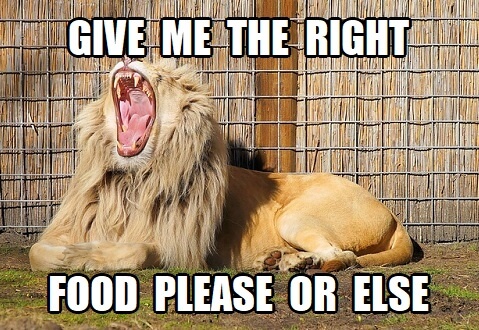 How to prevent low blood sugar in non-diabetics?

The best way to deal with low blood sugar in non-diabetics is to target the identified cause of the problem.

But you can apply a couple of general principles to prevent low blood sugar in non-diabetics. It’s all about altering the way you eat and what you actually eat.

>> Introduce more vegetables to your diet, in particular leafy greens. The reason being these vegetables are unlikely going to provoke a huge insulin spike which can cause problems soon after eating.

>> Root vegetables are allowed but don’t prepare them in such a way as to imitate refinement because this will alter their glycemic index.

>> Introduce complex carbohydrates to your diet. Complex carbs are slow to digest and would not not usually cause a huge insulin response. Examples include oatmeal, brown rice, quinoa, bulgur wheat, millet and triticale.

>> Add a good amount of proteins to your meals. You may go for animal proteins if you prefer but plant proteins are just as good without the burden of saturated fats to contend with. Lentils, peas and beans will fit in very well.

>> If you are going to have animal protein as a way of preventing low blood sugar, you may want to peg how much red meat you consume. I always preach having white meat over red meat any day.

>> You can of course have dairy products if you want to prevent low blood sugar as a non-diabetic, unless you are a vegan but do bear in mind the carb and fats together interplay.

>> I will not be prescriptive about whether you should have high fat meals or high carb meals. The choice would be yours. But what you mustn’t do is adopt high fat and high carbs together approach. Not good.

>> One approach to prevent low blood sugar in non diabetics is to eat frequently but in small proportions. Essentially you are being offered a license to eat as often as possible. The problem there is you have to actually eat small quantities, otherwise your weight may spiral out of control.

>> If you want to prevent low blood sugar as a non-diabetic, you may want to be very careful with dried fruits like raisins, apricots, bananas, dates and dried apples. Dried fruits tend to have a high concentration of sugar. This will result in blood sugar spikes that may precede a blood sugar crash afterwards.

>> Whatever you do as a non-diabetic who wants to deal with low blood sugar, avoid refined carbs. One of the commonest causes of this problem especially reactive hypoglycemia is heavily processed carbs. Not a great idea. Avoid.

If you have an episode of low blood sugar, see how to treat low blood sugar here. If the situation requires calling the emergency services, do not hesitate. Do so.