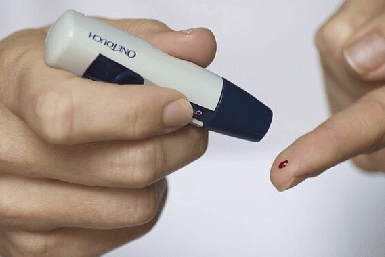 Wouldn’t you like to know the primary cause of type 2 diabetes?

Type 2 diabetes is caused by a myriad of factors. Usually an interplay of risk factors work together to bring about diabetes in an individual and we will talk about that in a minute.

However, if you want to drill down to the primary cause or root cause of type 2 diabetes, then we have to say it’s, you guessed it, Insulin Resistance.

Yes, emphatically insulin resistance is the primary cause of type 2 diabetes.

The origins of Type 2 diabetes are like a slow-moving train treading along menacingly if you like.
The ‘first station for the diabetes train’ being insulin resistance.

Next ‘stop’ after insulin resistance is pre-diabetes station.

What do researchers say is the biggest primary cause of Type 2 diabetes?

The answer to this question of what the research says lies in 2 studies. One study was carried on female subjects (nurses) and the other on male subjects (male health professionals).

The idea behind both studies was to identify possible risk factors that can be linked to how type 2 diabetes develops.

The female study whose participants were Nurses showed that if you were a low risk woman you had a 90 percent less likelihood of becoming a type 2 diabetic.

So you gotta ask the question, what is a low risk woman?

A low risk woman by the study definition was someone with a body mass index of less than 25, ate low glycaemic food, ate foods low in trans fat, engaged in moderate to vigorous exercise for at least 30 minutes and at least 3 times a week.

The male study had a focus on diet – typical Western diet Vs Healthy diet lacking in processed food but eating more natural foods high in fiber, grains, vegetables and fruits.

Both studies were robust in terms of size and of course the length of both studies was appreciable for the studies’ findings to be meaningful.

Risk factors causing diabetes that were common to both studies were obesity, lack of exercise and poor diet. Smoking was identified as a risk factor in the female study.

Of all the risk factors identified, a high body mass index suggestive of being overweight or obese constituted the single most important predictor of type 2 diabetes.

Obesity as a cause of pre-diabetes and type 2 diabetes

If being overweight or obese is a significant risk factor for type 2 diabetes, you have got to wonder why this is. Let’s try and rationalize why this is the case.

For a start, two other risk factors identified were lack of exercise and poor diet, right?
Without trying to stereotype any individual, what’s the most likely scenario when an individual is not the most physically active? They probably consume a significant amount of processed foods too, don’t they?

…and these processed foods do have trans fat in them.

All of these can only lead to one thing – obesity.

Is it any wonder why obesity is a leading cause of type 2 diabetes?

That’s because being overweight or obese, significantly increases your risk of developing insulin resistance which ultimately leads to pre-diabetes and type 2 diabetes.

The problem is that a vicious circle is triggered with obesity and insulin resistance. How?

If research has identified obesity as a number one cause of type 2 diabetes mellitus, could there be some other forces at play too?

Let’s check them out. 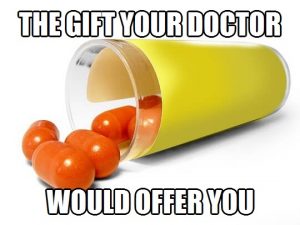 Genetics as a primary cause type 2 diabetes

Well yes, genetics do have a role. The only thing to note here is that the role of genetics can be overridden to avert developing type 2 diabetes.

Yes, having one or two parents only predisposes you to becoming a diabetic in later life. But it doesn’t necessarily mean you will become a diabetic if this scenario applies to you. This is especially true if you take active steps (pun intended) to prevent that from happening.

There are stories of twins who generally have had diverse life outcomes even though both twins have the same genetic makeup, had the same upbringing, shared the same childhood experiences which extends to the teen age years until they left home.

Typical story here in the guardian of two twins, Barbara and Christine.

Grown up together, shared everything together in childhood and parents ensured they were treated as one and the same in every way possible until they drifted apart in later years having flown the nest.

Yet Barbara and Christine now exhibit different personas which are almost diametrically opposed. One twin is more confident than the other. One is lot more conscientious in the way she applies herself. One suffers from depression whilst the twin sister has no such problem.

“We see it in so many different ways. For example, our research has shown that twins rarely die of the same disease. Yet they share many other features, such as height. It is not a straightforward business.It sounds baffling. After all, identical twins have the same genes, share the same womb and usually experience the same childhoods. Most of the twins recruited to our study went to the same school and lived together, eating the same food for the first 18 or so years of their lives. But the outcomes of their lives are often very different indeed.”

I do know of a set of identical twin brothers who are in their 40s. Same upbringing and early life experiences until they flew the nest at 18. Yet one of them is currently diabetic and the other isn’t.

How does one explain that?

I suppose it’s all to do with the tussle between nature and nurture. How genes behave or express themselves can be influenced significantly by the environment.

It would appear that genetic expression can be seriously altered by environmental factors, in particular our lifestyle choices. In the case of those twin brothers, the diabetic twin had a lifestyle that preconditioned him to developing diabetes. He was considerably heavier than his twin brother who had a more athletic physique.

If further evidence was needed that obesity is leading cause of type 2 diabetes probably ahead of genetics, there it is.
A set of these identical twin brothers – one is type 2 diabetic, the other isn’t. I suppose this brings home the concept of same difference. Bewildered? Don’t be.

Why does lack of exercise cause type 2 diabetes?

However lack of exercise is a great contributor to the most common cause or leading cause of type 2 diabetes – obesity leading to insulin resistance.

Something to realize is that a common scenario is people who don’t exercise or perform any form of physical activity tend to adopt poor nutrition too.

This is not always the case, I hasten to add.
But it is fairly common to have a combination of unhealthy diet with absent physical activity. By unhealthy diet I am referring to high consumption of processed food which tend to have trans fat as part of the package.

So with an unhealthy combination like that, the result is usually obesity which should not come as a surprise. Because we already know, through research that obesity (or just being overweight) is the most significant risk factor for developing type 2 diabetes. So there’s the link between lack of exercise and type 2 diabetes.

But it is more than that. 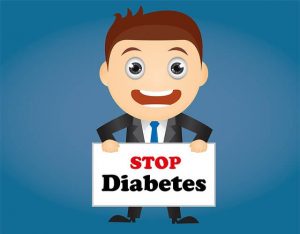 The converse is also true.

When you exercise you expend energy. Expending energy means you can induce calorific deficit especially if you become particularly conscientious at what you eat, watching those calories, that is. Being calorie efficient would very casually lead to weight loss without trying too hard.

As you probably know the trick to losing weight efficiently is to burn more calories by your daily activities than you consume. Calories out should exceed calories in.

And one guaranteed way to expend more calories is by engaging in physical activities or exercising. If you don’t, then you are essentially increasing your risk of type 2 diabetes as your daily calorie intake is likely to exceed your daily calorie burn leading to weight gain in the long run.

One more thing and this is discussed in much more detailed elsewhere on this website. Exercise and other vigorous physical activities have been conclusively proven to reverse the effects of insulin resistance which ultimately leads to type 2 diabetes.

Now you know why lack of exercise or physical activity can lead you on a path to type 2 diabetes. So you need to get up and go, buddy. You can start slow and build it up gradually.

The ball is in your court…